An easygoing feel good flick with stellar turns from the two leads.

Based on the international best selling book. The true story of how James Bowen (Luke Treadaway), a busker and recovering drug addict, had his life transformed when he met a stray ginger cat (Bob).

Ironically, despite that synopsis, I didn’t realise until the opening credits that this was based on a true story. The grim opening sequence gave a hard look into life on the streets with Bowen busking for his next meal (or his next fix).

We watched him sleep rough on a sheet of cardboard in the pouring rain. Rummaging through skips and bins for scraps while fighting back the withdrawal from his drug addiction.

There was even a cringe inducing scene in which the poor chap literally sang for his dinner in a cafe. Just because he was 12p short.

Luke Treadaway is an underrated actor. I enjoyed his turn in Fortitude. It was good to see him get a leading role. He played the part well. He hadn’t got a bad voice either. A cross between Frank Turner and Mumford & Sons.

BUT there wasn’t as much singing as I thought. I expected something a little more in the lines of Once. However, Satellite Moments (Light Up The Sky) was a catchy tune and stand out track.

Director Roger Spottiswoode (Tomorrow Never Dies) and writers Tim John and Maria Nation got the right balance. In all fairness, if it wasn’t for the overdose sequence, this could have passed as a PG. It wasn’t graphic or violent BUT still hit home.

Darren Evans (My Mad Fat Diary) was quite good as Baz. The relentless junkie desperate for another fix. It was a surprisingly dark opener as Bowen overdosed in a stolen car.

However, our troubled hero gets a second chance in the form of a ginger mog.

There wasn’t enough of Joanne Froggatt (Downton Abbey) as Val. The social worker taking a big gamble on the stumbling drug addict. Refusing to accept Bowen’s excuses BUT desperate to see him make the program.

The film delved into the housing benefits scheme and provided a better insight into the workings behind the Big Issue sellers. I didn’t realise the rules and the various territories. Eye opening.

It was a little cheesy once Bob was thrown into the mix BUT they made an entertaining pair as they both got into all sorts of scraps.

The POV perspectives from Bob did get a little silly. It may have lightened up the serious tone of James’ rehabilitation BUT we didn’t need to see everything James was showing Bob. A friendly visit from a mouse delivered a fitting nod to Tom and Jerry.

The introduction of Bob also introduced aspects of James’ life that he thought were done. Most notably in a blossoming romance with the ditsy super vegan Betty (Ruta Gedmintas).

It was a bit of a change from slaying vampires in The Strain for Gedmintas. She was very good as the enthusiastic veggie. Desperate to help all creatures. Volunteering at a local vet despite being allergic to animals. The pair had great chemistry.

I just wish there was more exploration of James’ relationship with his father (Anthony Head – Buffy the Vampire Slayer). You felt sorry for James as he tried to keep clean and build bridges much to his step mother’s disapproval.

BUT of course, the road to recovery is never easy. This had more of a TV movie feel to the piece BUT it had just enough heart and charm to stand on its own two feet (or paws). Especially after some of the entries hitting the Xmas schedules (Say no more).

It wasn’t quite as hard hitting as I had expected. By all means, it was still very watchable with some endearing moments as we went through the highs and lows BUT if you were expecting Inside Llewyn Davis meets Trainspotting, you might be left disappointed.

Ruth Sheen (Another Year) was completely wasted in her role as Elsie, the friendly passer by who becomes a fan of Bob.

I still can’t believe this was a true story. It was a charming little film that left a nice message and a cheesy smile (Including a passing cameo from Bowen himself).

If that sounds like your cup of tea, check it out. 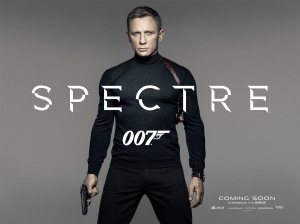 Bond is back but bigger and better?

Well done, Mr Craig. You have finally won me over. To be honest, I loved his first outing in Casino Royale (my favourite in the Craig era). He had the charm, the one liners and the look. Ticking all the boxes. BUT Quantum of Solace delivered a much darker and angrier Bond. It was far too intense and serious for me. This had been attempted before with Timothy Dalton in A License To Kill to mixed results.

I didn’t have a problem with a darker Bond. Pierce Brosnan’s efforts (my second rated Bond) was bordering on cartoony CGI and Roger Moore territory. The Saint may have got away with it in the 70s BUT Die Another Day nearly ended it all. A game changer was needed. I respected the change BUT not the direction. It felt like they were trying to turn Bond into Jason Bourne.

However, it was the first series of Bond films that featured an ongoing story arc. Skyfall was very disappointing. For an entry that marked 50 years for the franchise, I expected something a little more. It was over hyped, overlong and if not for a surprising closing act, I would have rated this as one of the weaker offerings.

The one thing I could commend Skyfall for was the little things. The humour, Moneypenny, Q, the Aston Martin DB5. All the things that drew me to Bond in the first place. It gave me hope. Now here we are. The 24th entry of a super spy series. And boy,what a film.

The opening sequence for SPECTRE was fantastic. Slow burning, tense but action packed with a high octane helicopter sequence. As soon as Craig made his introduction, I was sold. The very pinnacle of the iconic spy. Cool, calm and slick. Casually adjusting his cuffs while donning a rifle.

Even Sam Smith’s opening theme delivered. At first listening, it sounded like a bland Eurovision track. BUT I have to say it has grown on me and really fitted the film.

It was great watching Craig enjoy the 007 status. The charisma. The debonair style. Very much in the vein of Sean Connery (My favourite Bond). Old school. Perfect. It brought something that had been lacking in the others. Humour.

I don’t want to say too much about SPECTRE as I want people to see this. BUT for the die hard fans, like yours truly, we witness the return of one of Bond’s most iconic villains. And I couldn’t think of anybody better to take on this prestigious role than Christoph Walz. He was superb. Slimy, sinister and on scene stealing form. My only gripe with his performance was that there wasn’t enough of it.

Dave Bautista was a unit. After his impressive turn in Guardians of the Galaxy, I wasn’t surprised that the former WWE star was offered the role of a Bond henchman. It was a shame that they chose to make him silent. He delivered his best impression of the Mountain from Game of Thrones. His scrap with Craig was one of the best villain fight sequences I’ve seen. You felt every punch.

For all the hype around Monica Bellucci’s role as a Bond girl (Or woman, should I say?), I was left wanting. Steady now. If anything her character was completely unnecessary. She certainly looked stunning and proved all those critics wrong griping about her age BUT her “love scene” with Craig came off unintentionally comical. Kissing while trying to talk chunky bits of dialogue didn’t work and killed the chemistry.

However, Bond finally met his match with the feisty and resourceful Lea Seydoux. The pair’s chemistry and friction certainly kept things watchable when the pace seemed to drop.

The action sequences were brilliant. The plane chase sequence in Austria was mental. The car chase around Rome was fantastic with the new Aston Martin DB10. It was fast, frantic and hilarious as Bond battled to work out the prototype while dealing with henchmen and Italian pensioners fancying a late night drive.

What I also loved about this was how Logan brought in the rest of the team. It was great to see Ben Whishaw getting more screen time as Q. He had a much better rapport with Craig and was even brought out on location like Desmond Llewelyn used to with Connery. BUT at the expense of Naomie Harris’ Moneypenny.

She still made a made a memorable impression. Especially during a phone call with Bond mid car chase. Ralph Fiennes had a tough act to follow after Dench’s brilliant turn as M. BUT it was good to see him bring something new to the role and get in on the action.

It might help to have seen the other Craig entries BUT you won’t be too lost as Logan and Mendes briefly recap the story arc. As much as SPECTRE ticked the boxes, it wasn’t all perfect.

BEST BOND FILM EVER? Certainly not. The middle act lumbered the pace and when the action scenes had subsided and the couple were travelling, I could feel myself fidgeting after the 90 minute marker. Thankfully, things picked up when Walz was properly brought into the mix with his Dr No-esque lair.

This could have been cut by 30 minutes and been stronger for it. It was good to see a little more cheese and fun with this installment but for some it might be seen as a step down. And after 24 films, there are only so many different twists and turns that you can do with the Bond films. You can’t help BUT retread through old ground. There are only so many homages you can do before it gets repetitive.

The closing finale was fantastic and certainly left a satisfying if cryptic ending. Will Bond die another day? Especially when Tomorrow Never Dies? With the box office booming, is the world not enough?

Slick, stylish if a little overdone, Bond is back and on form. BUT better? Not quite, 007 but good enough.