Feel free to search through my posts for my top 10. If you want, I can provide them.

The best (or better) ones of that mediocre movie year. My criteria mainly focused on the ones that surprised, intrigued and entertained me. And boy, it was tough. Many have been watchable. Okay at best. What was harder was condensing my 20 WORST films of 2014 (Which will be following shortly).

BUT there were diamonds in the rough sea of bilge that polluted the movie screens last year.

I have had to endure endless entries of mindless drivel regurgitating the same old plot, clichéd characters (even in their 3D wrapped foils) and excruciating acting or dreadful dialogue and to be honest, it’s killed my enthusiasm a little bit.

Now some entries you may question and unfortunately release dates are always different. My argument was films I saw in that year at the cinema. Some may have been released at the end of 2013 but I didn’t see them until early January 2014.

BUT that sums up my argument if they are in here.

I won’t go on too much about each film. That’s what the other posts are for but a quick two cents if you like. Some I hope you will nod in approval. Others you may scroll back and forth hoping that this is a joke. BUT my criteria is based on surprise, entertainment and engagement. So God knows what lies in store.

11. The Hobbit: The Desolation of Smaug

Now I am actually reading the book. This film lost marks for stretching out its source material to the max. However, Jackson still manages to deliver the goods by harvesting a special effects extravaganza of a movie. This slicker, darker installment made up for the lumbering opener that was An Unexpected Journey. The pace may still have been a little long at the tooth BUT was certainly the best in Jackson’s second trilogy. 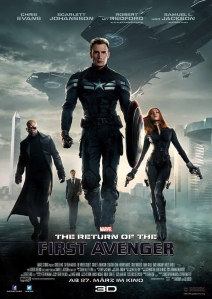 A Marvel sequel that wasn’t needed but surprised me in surpassing the stuttery original. I felt the first Captain America was rushed to introduce the Cap in time for the Avengers and didn’t really cover as much of the WW2 elements as I had hoped. A superhero fighting in the war had a lot more promise for me. BUT the sequel had a decent story, good action pieces and added depth to the ‘Cap. Plus it gave a lot more screen time to the Black Widow and the legendary Nick Fury (At last!) 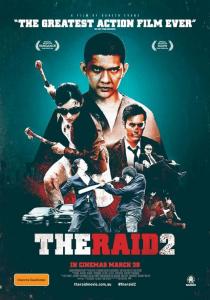 Fast and furious . . . after an hour of droll exposition. BUT it was still the most intense action film I saw that year. The final 45 minutes surpassed the original in suspense and action. Worth the wait. It may not have beat the original overall BUT other films need to use this as the next “How To Make An Action Movie” textbook. 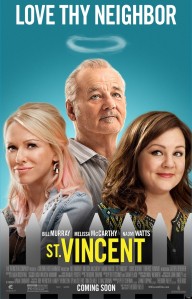 Bill Murray at his best in this easy going indie dramedy. It was funny, well acted with some cracking one liners and an impressive debut from young wunderkid Jaeden Lieberher.

A tense, slowburning but well crafted psychological thriller. Memento meets While You Were Sleeping. Even if I had sussed the big twist. The unveiling still took me by surprise. I thought the cast were fantastic. Kidman was on fine form and the last 15 minutes were brilliant.

You read that, right? We had numerous teen book bestseller franchises flooding the screens. Divergent, Hunger Games, The Giver and . . . The Maze Runner. I went in, really expecting the worst and for the majority of the film, I was hooked. It’s hardly original but it zipped along and stopped me grumbling.

A superb performance from Gyllenhaal. Deservedly earning a BAFTA nomination. Somehow managing to out-Bale Bale in this dark take on the American dream. Satirical, grim and engrossing. If a little predictable with an abrupt ending BUT still worth a gander. 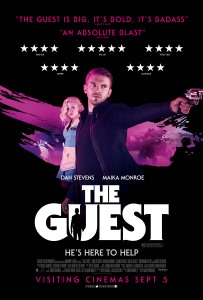 Mr Crawley has left the Abbey and he’s kicking ass and taking names. A cracking and charismatic performance in this strange but riveting indie action flick. It felt like a film of two halves. Some may not like how it pans out BUT it certainly took me by surprise. Badass film of 2014? Hell yeah!

What if Harry Potter did an indie chick flick? It would be an easygoing and entertaining affair. That’s what. Radcliffe and Kazan had great chemistry and were a normal and believable couple. I actually cared what happened to them unlike the other umpteen romantic comedies that have wasted my time.

I told you that I was going to think outside the box. I said surprised or entertained me. It has been a while since I have enjoyed a Sandler movie. And this says a lot from a die hard fan. Hardly die hard BUT I’ve endured them all. Blended certainly isn’t perfect but it felt like a return of sorts. It was certainly a return for Drew Barrymore. The plot is stupid and some gags fall flat on their backside.

BUT when it was funny, it had me in stitches. The family dynamic was dealt with well. The handling with the grief issues was done nicely and was unexpected. I enjoyed it. There’s still hope for the Sandler. I went in expecting nothing and was rewarded with something more. A good comedy. Hallelujah. Has the Mad Movie Ranter lost his marbles?